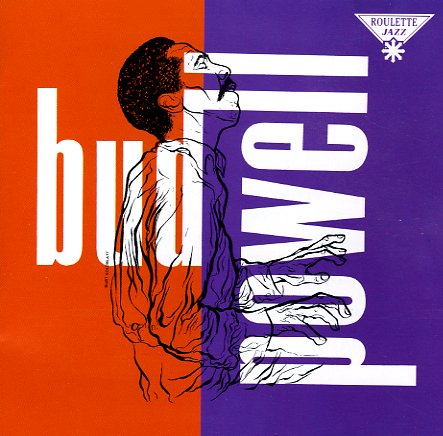 Seminal sounds from the great Bud Powell – recorded right at an early moment when the pianist was bursting into Birdland fame – working here with a key trio that features Curley Russell on bass and a young Max Roach on drums! Bud seems to have a bit more color in his keys here than in later years – a sense of tone that's balanced by his increasingly deft flights on the keys – that amazing command of imagination and energy that makes a record like this one of the best bold statements of modernism from the bop generation. Many tunes are older standards, but transformed in Bud's hands – partly given a nod to the midtown modes from other players of the postwar years, then completely dismantled once the solos take off. Titles include "Buds Bubble", "Burt Covers Bud", "Off Minor", "I Should Care", "I'll Remember April", and "Everything Happens To Me". CD features 16 tracks in all!  © 1996-2020, Dusty Groove, Inc.
(Out of print.)