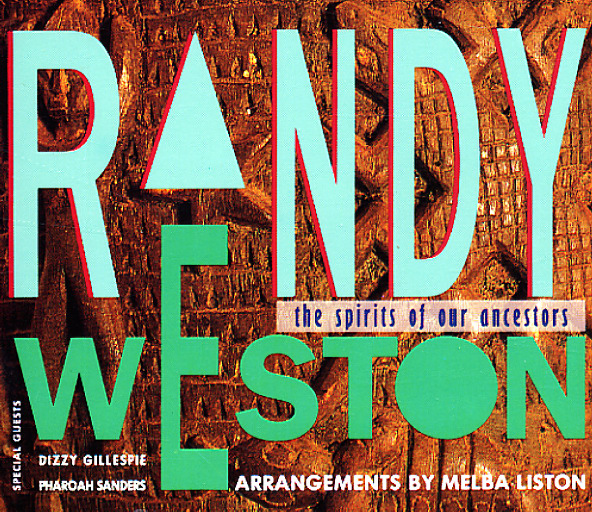 Spirits Of Our Ancestors

A great lineup – with Idrees Sulieman on trumpet, Benny Powell on trombone, Billy Harper on tenor, Talib Kibwe on alto, Dewey Redman on tenor, Idris Muhammad on drums, and Big Black on percussion – plus guest work from Pharoah Sanders and Dizzy Gillespie!  © 1996-2021, Dusty Groove, Inc.
(Out of print.)

African Cookbook
Atlantic (UK), 1964. Used
CD...$14.99
A killer album of African-tinged jazz – recorded privately by Randy Weston in the mid 60s, and not issued formally until 1972 by Atlantic Records! The session shows Weston at the height of his modernist experiments – and at a time when his work was going largely undocumented, probably ... CD