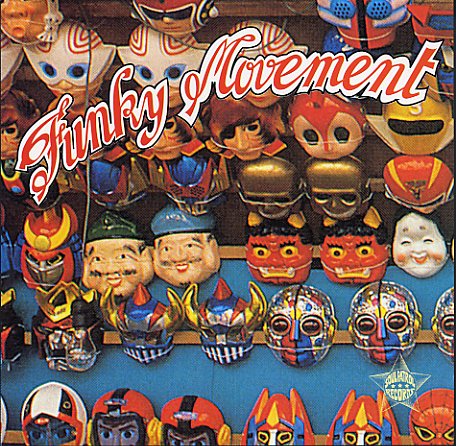 Soul Patrol have done it again! 20 super-hard funky tracks, all from rare 45 sources, and with the kind of Keb Darge groove that never stops hitting hard! Titles include "Baby Don't Cry" by Third Guitar, "Long Before Our Time" by The U-F-O's, "Cissy's Thang" by Soul Seven, "Jamming With Shorty" by Shorty & The Jr. Kools, "At the Soul-In" by Count Yates, "Barnyard Soul" by Roscoe & Friends, "Chittlin Juice" by Gene Ludwig, "Grandma's Funky Popcorn" by The Soul Generals, and lots lots more stuff you'll never find elsewhere! (We should also add that we think that some of this stuff showed up on one of their vinyl releases under another title, but we're not sure.)  © 1996-2022, Dusty Groove, Inc.
(Out of print.)