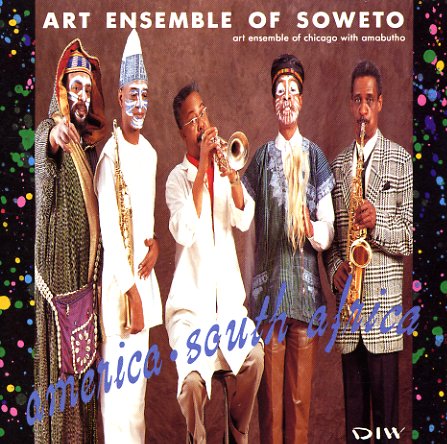 A second pairing of the Art Ensemble Of Chicago and the Amabutho Male Chorus – one that's indicated not just in the title of the record, but in a changing of the group's name! The sound here is even more Afro-styled than the previous effort – coming across right from the start with a bold, righteous vibe that's quite unique – almost a bit more confident than some of the Ensemble's other work of the time – and executed in a way that really shows that confidence! The male voices aren't always in strong focus, which still leaves plenty of space for the group's creative instrumental interplay – and titles include "Colors One", "US of A/U of SA", "Zola's Smile", "America", and "You Got It".  © 1996-2021, Dusty Groove, Inc.
(Out of print. Still sealed with a punch through the barcode.)