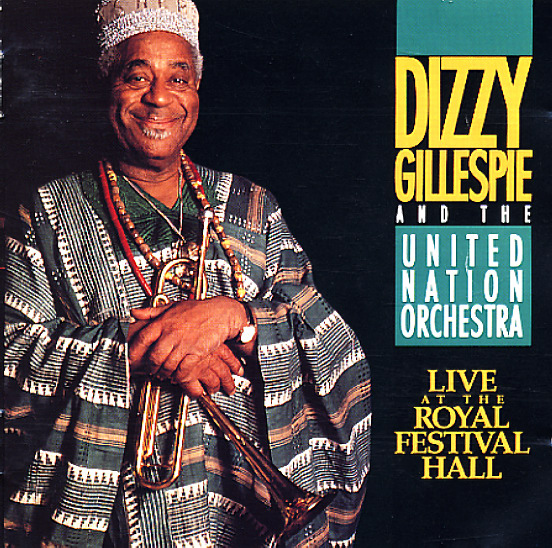 Later live work from Dizzy Gillespie – working in London here with a very hip ensemble! We're not entirely sure of the date, but given the skinny ties on a few of the players, we're guessing it's from that 80s stretch when Dizzy was still going strong – working in a great mix of Latin and bop modes that's always kept fresh through his creative energies! Slide Hampton's on trombone – and also wrote most of the arrangements – and other players include Arturo Sandoval on trumpet, Paquito D'Rivera on reeds, James Moody on sax and flute, Airto on percussion, and Danilo Perez on vocals – and Flora Purim also joins the group on vocals for a few numbers. Titles include "Kush", "Tanga", "Dizzy Shells", "Night In Tunisia", "Tin Tin Deo", "Seresta", and "Samba For Carmen".  © 1996-2021, Dusty Groove, Inc.
(Out of print.)

Quickstep
Enja, 1991. Used
CD...$9.99
One of those great Kenny Barron records from a time when it seemed like the pianist could do no wrong – effortlessly turning out great sessions like this, with such prolific energy that it's sometimes hard to remember them all! Yet even so, Quickstep is a real standout – a record that ... CD

Berlin Concerts
Enja (Germany), 1961. Used
CD...$9.99 (CD...$16.99)
Wonderful work by Dolphy – as essential to his catalog as any of his albums on Prestige from the same time! Although Dolphy broke plenty of musical barriers in the studio, to our ears, it was always in a live setting that he sounded best – freely exploring the kind of space his playing ... CD

Blues In Orbit (aka Gil Evans)
Enja (Germany), 1969. Used
CD...$9.99
A great record – and on that hardly ever shows up on the radar screen of Gil's career! The session was recorded with a very hip group that includes Billy Harper on tenor and flute, Elvin Jones and Alphonze Mouzon on drums, Joe Beck on electric guitar, and Herb Bushler on Fender bass. The ... CD

Left Alone Revisited
Enja/Synergy, 2002. Used
CD...$11.99 (CD...$16.99)
The duo of Archie Shepp and Mal Waldron come together beautifully here – in a mode that echoes some of the duets that pianist Waldron recorded with other reedmen in the 70s and 80s, but which has an especially wonderful contribution from Shepp! Archie blows both tenor and soprano sax – ... CD

Drifting
Enja (Switzerland), 1974. Used
CD...$6.99
The title's an appropriate one – as the record drifts a bit lazily from track to track. The energy never really picks up, and but it's got a nice laid back, spacious approach, settling comfortably into its destiny as a set of piano/bass duets. Titles include "Space Maker", "No ... CD