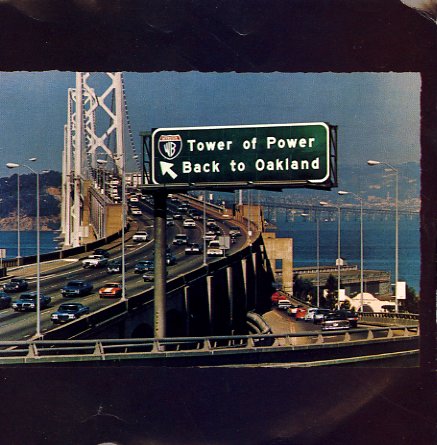 Tower Of Power are back in Oakland, after recording their previous album down south – cooking up plenty of East Bay grease with their horn-heavy groove at the height of its power! These guys were always a cut above any other band who tried for this territory – and this early version of the ensemble still features tremendous keyboard work from the mighty Chester Thompson on organ and Fender Rhodes – plus later soul legend Lenny Williams on lead vocals. The rest of the group are all in great young form too – Emilio Castillo, Steve Kupka, Greg Adams, Lenny Pickett, and the rest – and titles include "Oakland Stroke", "I Got The Chop", "Time Will Tell", "Squib Cakes", and "Man From the Past".  © 1996-2022, Dusty Groove, Inc.
(Out of print.)