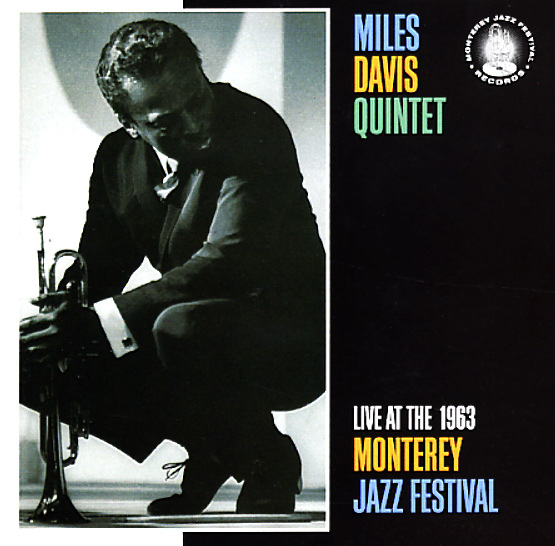 Miles Davis and his Quartet doing their thing at the 1963 Monterey Jazz Fest – a previously unreleased set that finds Miles & Co in peak live form! The group isn't out to set the world on fire with this performance, but they're certainly pushing the form and structure of modern jazz in a way that must have been pretty exciting for a festival audience in '63. The group is George Coleman on tenor, Herbie Hancock on piano, Ron Carter on bass and Tony Williams on drums, with plenty sweet solos among them. Greatness! Titles include longish takes on "Autumn Leaves", "So What", "Stella By Starlight" and "Walkin'", plus the intro "Waiting For Miles" and the closer "The Theme",  © 1996-2021, Dusty Groove, Inc.
(Out of print.)