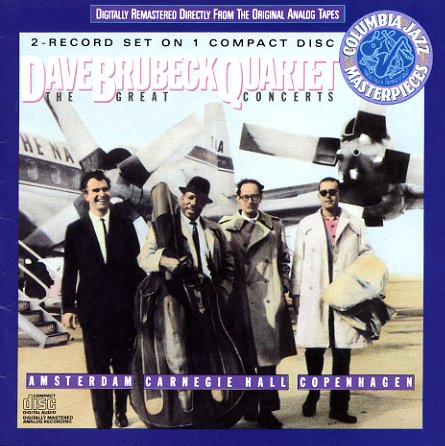 Death Wish - Original Soundtrack
Columbia, 1974. Used
CD...$8.99 (CD...$11.99)
A killer 70s soundtrack from Herbie Hancock! The record takes the funky style that Herbie was cutting with the Headhunters, and blends it with some more sophisticated scoring that's top in the 70s action and blacksploitation modes – perfect for the dark theme of the movie's story. There's ... CD

VSOP
Columbia (France), 1977. Used 2 CDs
CD...$11.99
Though there are a number of different LPs using the VSOP title in a few different ways, this was the first, a double album recorded live at the Newport Jazz Festival, featuring Herbie leading groups that represented a number of different points in his career. The first lineup later recorded under ... CD

Feets Don't Fail Me Now
Columbia, 1979. Used
CD...$14.99
Sweet keyboard grooves from Herbie Hancock – and a set that has him taking up some of the territory of younger players he'd inspired – like Bobby Lyle, Webster Lewis, or Rodney Franklin! There's a fair bit of soul in the mix here, including some great work on vocoder – blended in ... CD