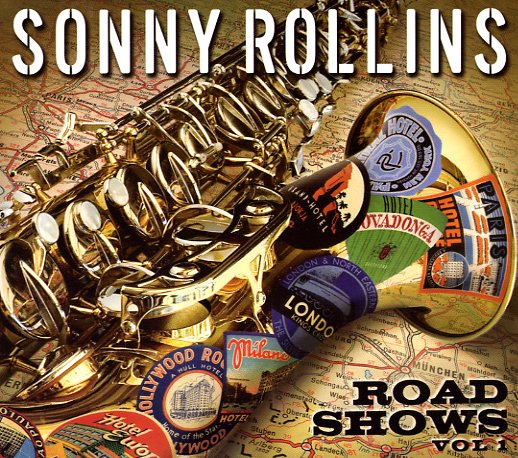 A tremendous tribute to the tenor talents of Sonny Rollins – live material from two different decades, all of it illustrating his continuing commitment to creative improvisation in a performance setting! Sonny's one of those guys you've always got to catch when he comes to town – a player who never fails to please, no matter his age, contemporary recording modes, or anything else – an always-creative saxophonist who continues to inspire audiences whenever he plays. The work on this set is pulled from shows starting in 1980, up to 2007 – with players who include Clifton Anderson on trombone, Mark Soskin on piano, Bobby Broom on guitar, Bob Cranshaw on bass, and Roy Haynes on drums. Titles include "Blossom", "Easy Living", "Tenor Madness", "Best Wishes", "More Than You Know", and "Nice Lady".  © 1996-2022, Dusty Groove, Inc.
(Out of print.)

Old Flames
Milestone, 1993. Used
CD...$3.99
Late Sonny Rollins on Milestone, and a record with some really wonderful horn interplay – thanks to a group that includes an added brass lineup on a few cuts! The core combo, a quintet, features wonderful trombone from Clifton Anderson – a player who really made some of Rollins' ... CD

Sonny Rollins Vol 1 (Blue Note 1542) (non-RVG Edition)
Blue Note, 1956. Used
CD...$7.99
Amazing early work from Sonny Rollins – the first of his tremendous Blue Note albums – and a record that really shows him taking off at the time! The record captures Rollins at a key turning point – emerging from his firey bop years, moving into a much more complicated, ... CD

Newk's Time
Blue Note, 1958. Used
CD...$5.99
About as classic as you can get for Sonny Rollins during the 50s – from the cover right down to the incredible solos on the set! The album's got Rollins really stretching out – still not finding the freer trio mode of his Vanguard session, but still bringing in plenty of fresh ideas in ... CD

Night At the Village Vanguard Vol 2 (with bonus tracks)
Blue Note, 1957. Used
CD...$3.99 (CD...$3.99)
One of the greatest Sonny Rollins records ever! The set is a legendary batch of trio tracks that feature Sonny working in a format that is incredibly free for the time, and which show him as more of a modernist than a bopper – although his solos are still pretty darn fantastic from a bop ... CD