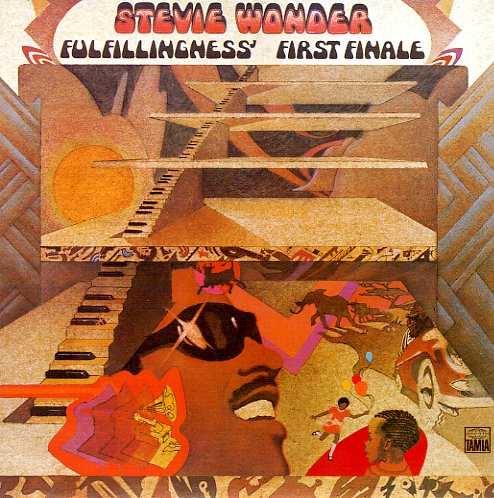 A fantastic 70s classic from Stevie Wonder – part of a great run of records in which he broke completely from his earlier Motown sound – and showed the world that he was one of the true musical visionaries of the decade! The righteous currents of his previous few albums are fully in place here, taken with a bit more focus that helped the record gain Stevie a few new followers in the crossover market, while still offering up plenty to please all the minds that had already been blown by is initial work of the 70s! There's some fantastic themes here, and so many new ideas too – and titles include the slow-funk moog classic "Creepin", which has these wonderful washes of sound throughout, weird vocals by Stevie, and some drums that bump around in off-kilter little patterns just at the right moments. The album also includes the hit "Boogie On Reggae Woman", plus "Too Shy To Say", "You Haven't Done Nothin", "It Ain't No Use", "Bird Of Beauty", and "Please Don't Go".  © 1996-2021, Dusty Groove, Inc.
(BMG music club pressing.)