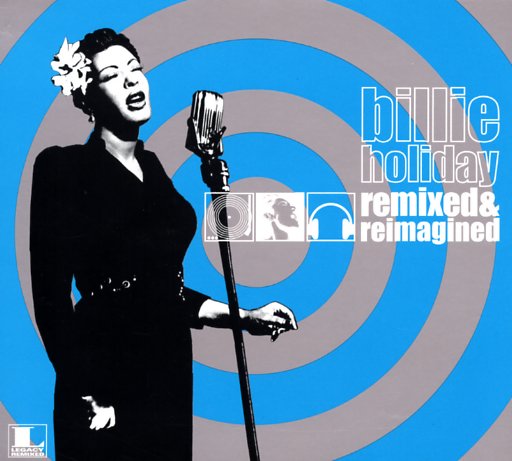 Billie Holiday's probably reimagined here more than she's remixed – as most of the tracks are heavy on contemporary beats and breaks first, and tend to focus on the vocals second! Billie's older recordings are dropped into the mix to provide a bit of older flavor – sometimes used quite sparingly, sometimes a bit more in the spirit of the original songs – but still usually in a way that has the remixer emerg as the main star on each track. 14 tracks in all and titles include "All Of Me (Charles Feelgood & Gil rmx)", "Glad To Be Unhappy (DJ Logic rmx)", "Billie's Blues (Daniel Y rmx)", "You're So Desirable (Sunday People rmx)", "I Hear Music (Swingsett & Takuya's Mighty Fine rmx)", "Spreadin Rhythm Around (Lady Bug vs Lady Day RR rmx)", and "Travlin All Alone (Nickodemus & Zeb rmx)".  © 1996-2021, Dusty Groove, Inc.
(Out of print, promotional sticker over barcode.)