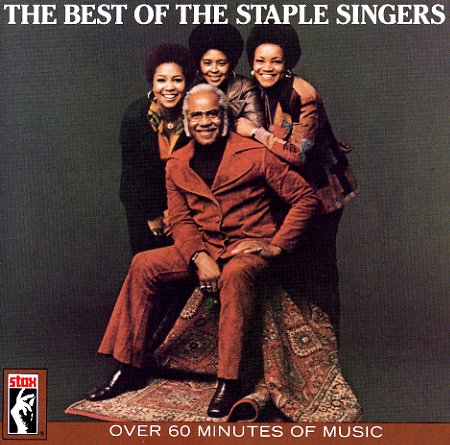 Best Of The Staple Singers

Classic work by one of the greatest gospel/soul groups ever! A very righteous vibe pervades, and the harmonies soar right out of church into the neighborhood – on tracks that include "Respect Yourself", "Heavy Makes You Happy", "Oh La De Da", "The Weight", "Touch A Hand, Make A Friend", "(Sittin' On) The Dock Of The Bay", and "You've Got To Earn It".  © 1996-2021, Dusty Groove, Inc.
(CRC pressing.)

Moonride
Stax, 2008. Used
CD...$5.99
New material from one of our favorite soul artists ever – a laidback set of mellow soul tunes that's pure Leon Ware all the way through! The style is almost a contemporary update of Ware's classic Musical Massage for Motown in the 70s – a slinky, sensuous set of tracks, delivered in a ... CD