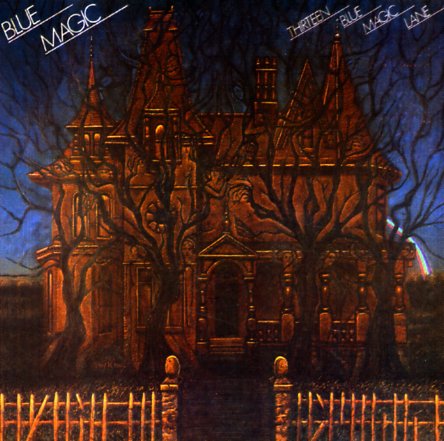 Sublime work from Blue Magic – a record that still has them singing in the sweet harmony sound of earlier records, but which also picks up a fuller sound and a bit of a groove – thanks to stone Philly arrangements by Norman Harris and Ron "Have Mercy" Kersey! A number of tracks add in a bit of moog that sound surprisingly great next to the group's harmonies – electrifying them a bit without overwhelming them – and letting Blue Magic step way past their fragile harmony roots into the forefront of Philly group soul at the time! Tracks include the groovers "We're On The Right Track" and "Magic Of The Blue", the ballads "Chasing Rainbows" and "Loneliest House on the Block", plus "What's Come Over Me", which is a duet between the group and Margie Joseph.  © 1996-2022, Dusty Groove, Inc.
(Includes the printed inner sleeve. Cover has light wear.)