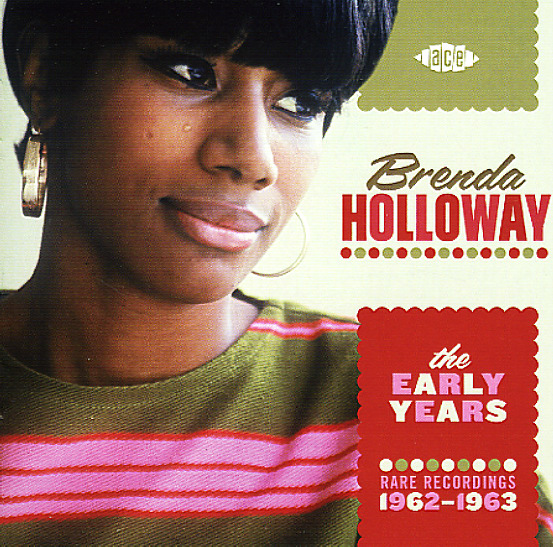 Pre-Motown work from Brenda Holloway – a host of rare west coast sides recorded for indie labels like Class, Donna, and Era! The package offers up an amazing look at this early point in Holloway's career – and shows a sound that's surprisingly right in line with her better-known Motown recordings – already very well-developed vocal lines that show a great degree of class, while still swinging out with a hell of a lot of soul! The styles are a bit more varied than in later years, but in a good way – showing Brenda to be quite a versatile singer, yet really holding onto her sense of self, no matter what the groove. There's great notes, photos, and label scans in the booklet – and the set includes material recorded under Holloway's own name, plus projects with other groups too. Titles include "I'll Give My Life", "Constant Love", "Suddenly", "Hey Fool", "Echo", "The Nursery", "Every Little Bit Hurts", "You're My Only Love", "I Never Knew You Looked So Good", "I Ain't Gonna Take You Back", and "Gonna Make You Mine".  © 1996-2022, Dusty Groove, Inc.