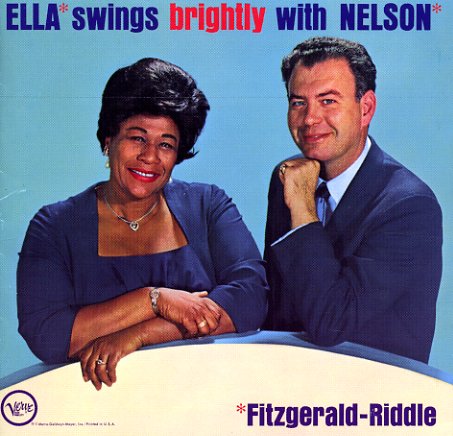 A nice pairing of Ella Fitzgerald and Nelson Riddle – done away from the Songbook series, with titles that include "I'm Gonna Go Fishing", "The Gentleman Is A Dope", "Mean To Me", "I Won't Dance", "Love Me Or Leave Me", and "What Am I Here For".  © 1996-2020, Dusty Groove, Inc.
(MGM mono pressing with black label. Cover has a half split top seam.)