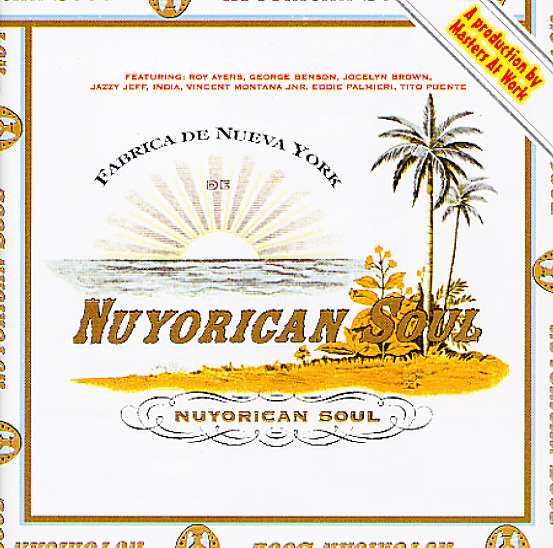 A massive record – and an instant legend the day it was released! Masters At Work host the beautiful meeting of a host legendary artists – Roy Ayers, George Benson, Eddie Palmieri, Tito Puente, Jocelyn Brown, Vince Montana, and others – all united in a magical session that brings Latin firmly back to the dancefloor with the power and majesty of the best 70s recordings! The whole thing's amazing – a fantastic mix of Latin, funk, jazz, and house that's inspired a whole new generation of musicians – and which has still yet to be duplicated years later! Includes the massive remake of "I Am the Blackgold of the Sun", plus "Runaway", "Sweet Tears", and the great cover of Bob James' "Nautilus".  © 1996-2021, Dusty Groove, Inc.
(Out of print, mark through slipcover barcode.)