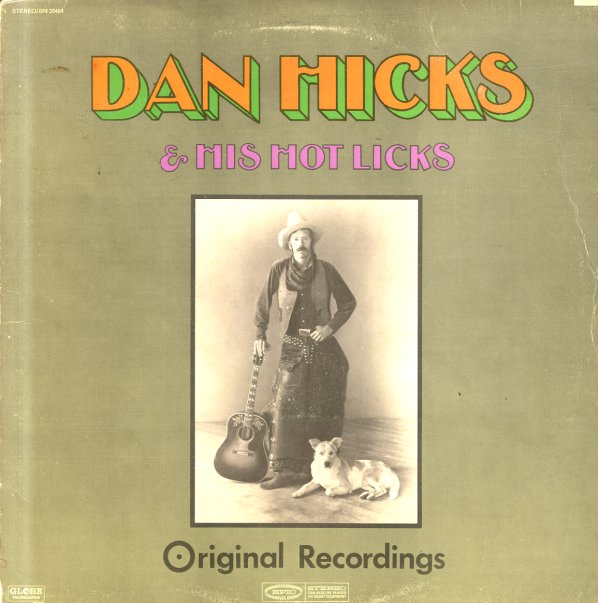 The debut album from Dan Hicks & His Hot Licks – a brilliant little set, and quite possibly the truest realization of his subtle acoustic genius! The sound here is free from cliches that later got in the way with Hicks – and the album's a refreshing return to roots, but without any of the too-posturing modes of other groups like this from the time! Hicks keeps things real cool here – very subtle, and quite spare at times – with elements of acoustic swing, bluegrass, and country all bubbling underneath – but an overall execution that's somewhat focused and urbane. There's none of the too old-timey moments you might expect – and if anything, we're impressed at how freshly contemporary a bunch of acoustic hippies can sound here! Titles include "Slow Movin", "I Scare Myself", "Canned Music", "How Can I Miss You When You Won't Go Away", "It's Bad Grammar Baby", and "Jukie's Ball".  © 1996-2022, Dusty Groove, Inc.
(Yellow label stereo pressing.)