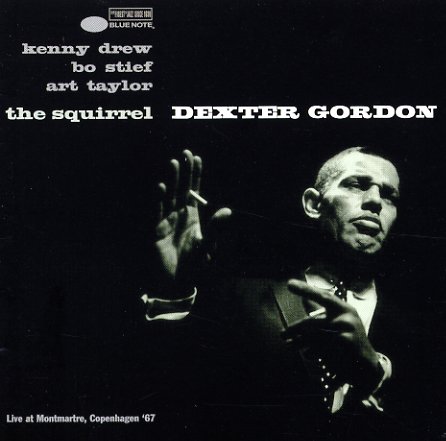 Rare unreleased live material from Dexter Gordon's best years – a 1967 performance that was recorded by Danish Radio at the Cafe Montmartre – the Copenhagen base where Gordon had set up camp overseas, and was very quickly hitting a whole new level of his music! That level is heard here very strongly – on the kind of long tracks that show what a superbly imaginative soloist he'd become – with help from Kenny Drew on piano, Bo Steif on bass, and Art Taylor on drums. All tracks are very long, with that totally solid, totally tight, totally confident solo style that became Gordon's stock-in-trade during these years – and titles include "The Squirrel", "Cheese Cake", "Sonnymoon For Two", and "You've Changed".  © 1996-2021, Dusty Groove, Inc.
(Out of print.)