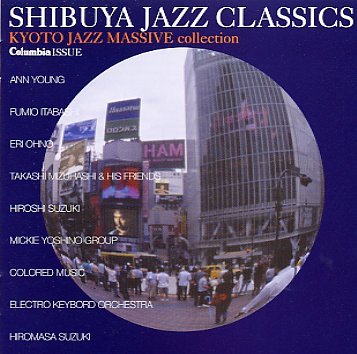 Motown Remixed – Hot Remixes Of Motown Classics
Motown/Universal, 2005. Used
CD...$6.99
We gotta admit, we kinda like this one! We were a bit suspicious at first – as the genius of Motown hardly needs any messing with – and we had fears that a remix project might just sound silly, goofy, and filled with easy tricks and gimmicks. But the choice of remixers on the set is ... CD

NY No Wave – The Ultimate East Village 80's Soundtrack
Ze (France), Late 70s/Early 80s. Used
CD...$9.99
Could you get any more disaffected than this collection of arty post punk brats? Bristling with the energy of New York's Village and lower east side, these great tracks from the late 70s and early 80s ooze a raw primitive vibe unmatched by even the fiercest punk rock of the day, and saddle it up ... CD

Nouvelle Vague – Pop, Mambo, Cha Cha, Jazz, & Bossa Nova With A French Touch
We Want Sounds (France), Late 50s/Early 60s. Used 2 CDs
CD...$14.99
A cool portrait of Paris in the late 50s/early 60s years of the new wave – served up here in a collection of music from soundtracks, jazz albums, and lots of French vocal treasures from the time! The grooves definitely run the gamut of styles promised in the title – with an especially ... CD

Blue Brazil Vol 2
Blue Note (UK), Early 70s. Used
CD...$11.99
Fantastic! And every bit as wonderful as volume one. Put together by the guys at Mr. Bongo, this volume 2 features more rare Brazilian gems from the Brazilian EMI/Odeon catalog. The selection is stunning, and filled with material that will make your jaw drop! Way beyond the usual bossa stuff, ... CD