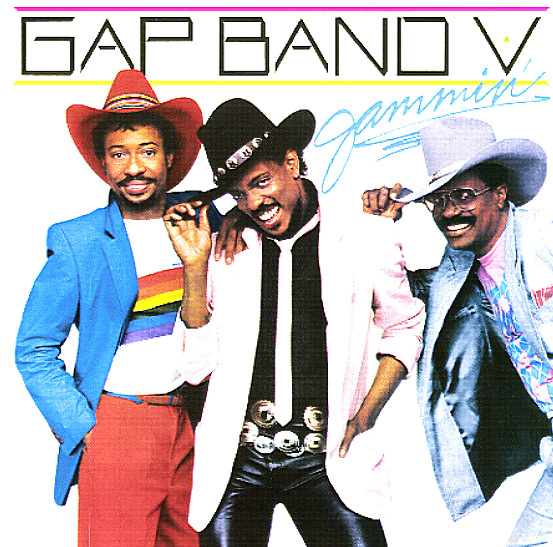 The Gap Band are definitely Jammin on this sweet little set from the early 80s – hitting that fierce funk mode they do so well, with lots of snapping lines at the bottom of the rhythms! The style is trademark Gap all the way through – a percolated approach to funk that's tight, but never too slick – in a groove that's different than some of their other mainstream counterparts at the time – hard to describe accurately, but almost with a touch of jazz in the mix! Charlie Wilson handles most of the lead vocals, with support from brothers Robert and Ronnie – and Ronnie produced most of the set. Titles include "Where Are We Going", "Shake A Leg", "Jam The Motha", "Someday", "You're Something Special", "I'm Ready", "You're My Everything", "Smile", and "Jammin In America". CD also features the bonus track "Party Train (special dance mix)".  © 1996-2021, Dusty Groove, Inc.
(Includes the printed inner sleeve. Cover has surface wear and aging.)

Buddy Miles Live
Mercury, 1971. Very Good+ 2LP Gatefold
LP...$11.99
One of the most soulful sets ever recorded by the Buddy Miles Group – a really searing set of live performances from 1971, often done in a way that has the band stretching out and jamming heavily! The core group seems a bit bigger than usual – with a lineup that includes guitar and ... LP, Vinyl record album