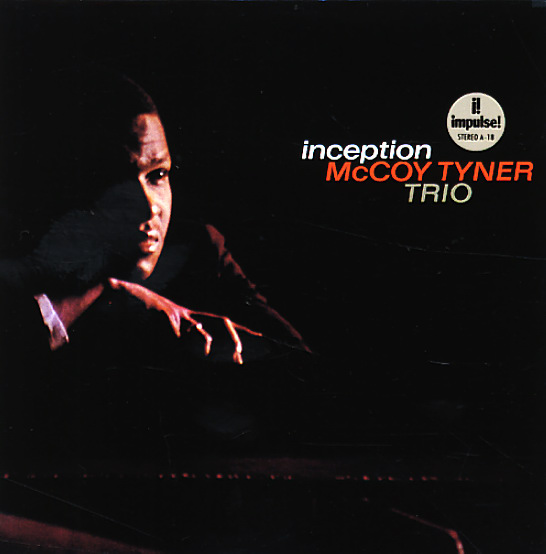 Also available
McCoy Tyner — Inception/Nights Of Ballads & Blues ... CD 6.99
A very early date as a leader by McCoy Tyner – cut at a time when he was making big waves in the John Coltrane Quartet, but also sounding plenty darn great on his own! The group here's a trio – with Coltrane associates Art Davis on bass and Elvin Jones on drums – and the warm familiarity of the players is clear from the very first notes of the set. There's a lighter, more lyrical – and possibly more sentimental – style going on here – one that echoes piano work of earlier generations, but which also shows plenty of signs of the growing modalism in Tyner's lines – especially on the striking original tracks "Sunset", "Effendi", "Inception", and "Blues For Gwen".  © 1996-2022, Dusty Groove, Inc.
(Out of print, still sealed with a clear promotional sticker on the cover.)

Real McCoy (non RVG edition)
Blue Note, 1967. Used
CD...$3.99
As pure a distillation of McCoy Tyner's lyrical vision as one could ever hope for – a brilliant early standout session for the pianist as a leader! McCoy is backed up here by the energetic drumming of Elvin Jones – with whom he shares a natural empathy from their many years together ... CD