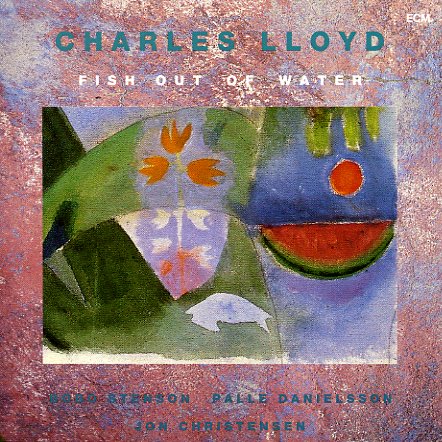 Fish Out Of Water

Far From Over
ECM, 2017. Used
CD...$11.99
A fantastic statement from pianist Vijay Iyer – an album recorded with a sextet who really seem to help the artist leap forward strongly with a more spiritual vision than ever before! The group is great – with Graham Haynes on cornet, Mark Shim on tenor, Steve Lehman on alto, Stephan ... CD

Call
ECM, 1993. Used
CD...$8.99
Quite a bit different than the famous Charles Lloyd work of the 60s – but a nicely introspective session that showcases his quieter sounds of later years! The date was recorded in Oslo, with a relatively laidback feel – by a quartet that features Lloyd on tenor, Bobo Stenson on piano, ... CD

At The Blue Note – Saturday, June 4th 1994 1st Set
ECM (Germany), 1994. Used
CD...$6.99 (CD...$6.99)
A record that offers up one slice of a key live moment in the career of Keith Jarrett – his return to work in a New York club after the space of more than a decade! The group here is Jarrett's fantastic Standards trio – Gary Peacock on bass and Jack DeJohnette on drums – working ... CD