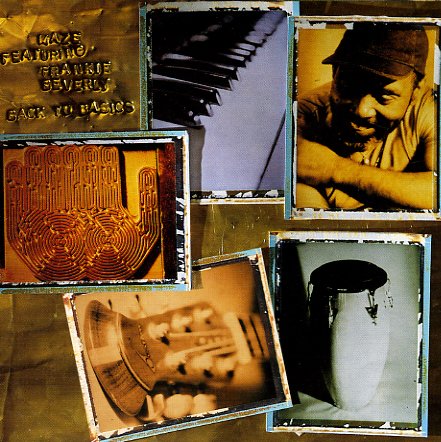 A really well-titled set from Frankie Beverly & Maze – as the album takes the group right back to the mellow-stepping sound that first made them great back in the 70s! Production's a bit more updated, but still very laidback – and there's a smoothly-grooving glow to the record we totally love – a perfect format for Frankie's always-amazing vocals, updated just slightly for the 90s. The production values are never too polished, and the songwriting is still great – on titles that include "Love Is", "the Morning After", "Laid Back Girl", 'What Goes Up", "In Time", "All Night Long", "Don't Wanna Lose Your Love", and "Twilight".  © 1996-2021, Dusty Groove, Inc.
(Out of print, punch through barcode & booklet.)

Sweet Soul Music 1969 – 28 Scorching Classics
Bear Family (Germany), 1969. Used
CD...$18.99
A massive batch of music – and almost as worth it for the overall package as it is for the great tunes inside! Like other volumes in this series, this set is beautifully put together – not only stuffed with an amazing array of classic soul from a key year in the 60s – but also ... CD