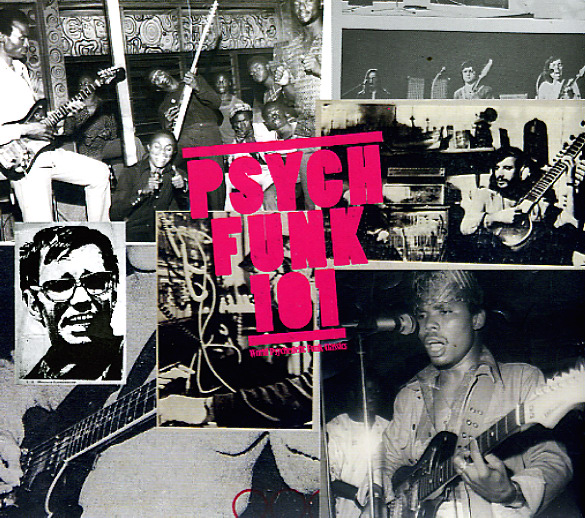 A stunning collection of psychedelic funk from all over the world – incredible material that mixes the free spirit of the psychedelic scene and the furious sense of groove learned from the funk movement! The collection is a bit of a genre-starting compilation – as it brings together global funky bits that had been bubbling underground with collectors for years – all resonating even more strongly together here in the company of each other – fantastic cuts from Istanbul, Athens, Paris, Beirut, Cairo, Paris, Lagos, Moscow and beyond! Many of the tracks mix familiar funk elements with more exotic instrumentation – nice fuzzy touches around the edges, and deep beats at the bottom – on titles that include "Su Derenin Sulari" by Husnu Ozkartal Orkestrasi, "Respect" by Kukumbas, "Alemiye" by Mulatu Astake, "The Man Who Must Leave" by Kim Sun, "What You Can Do In Your Life" by Petalouda, "Ghabileh-Ye Lily" by Mehr Pooya., "The Feed-Back" by The Group, "Circuito Chiuso" by Armando Sciascia, "Mevlana Boyle Dede" by Metin H Alatli, "Dagon" by Eskaton, and "Rakset El Fadaa" by Omar Khorshid.  © 1996-2022, Dusty Groove, Inc.