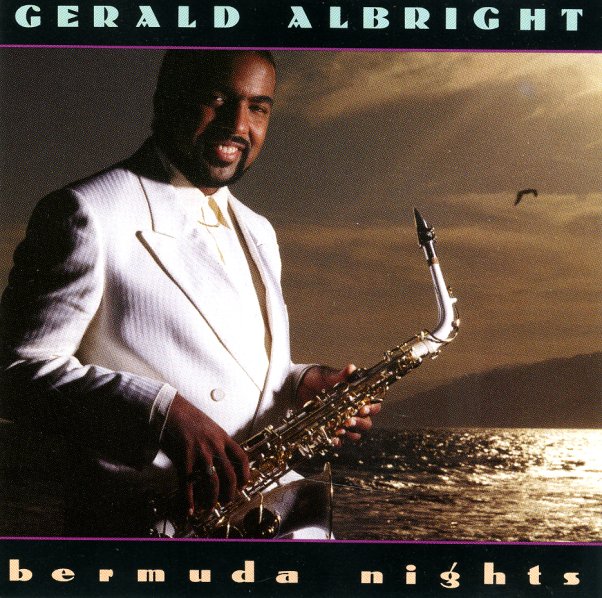 Gerald Albright on alto and tenor saxophone, bass, flute, synthesizer, and drum programming, and Chuckii Booker on synthesizer and keyboards.  © 1996-2021, Dusty Groove, Inc.
(Out of print original CD pressing, not a CDr.)

Live At Birdland West
Atlantic, 1991. Used
CD...$1.99
Features Onaje Allan Gumbs on piano and and synth – plus studio tracks with Joe Sample and Patrice Rushen on piano, Harvey Mason on drums, and guest tenor from Eddie Harris. Tracks include "Softly At Sunrise", "Georgia On My Mind", "Too Cool", "Georgia On ... CD

Deuces Wild
Atlantic/Collectables, 1967. Used
CD...$8.99
A great little Sonny Stitt album – very different than any of his other sets from the 60s! The album has a number of interesting aspects – from hard-wailing organ by Wilmer Mosby (who we think is Don Patterson under a fake name), to some screaming guest work by Rufus Harley and Robin ... CD

Standards (& Other Songs)
Atlantic, 1992. Used
CD...$4.99
A really nice surprise from guitarist Mike Stern – a set that definitely delivers the standards promised in the title, and also creates a new sort of classic sound for Stern's guitar! Mike still plays with some chromatic modes that have that wider, arier sound of the guitar – but other ... CD

Oceanliner
Atlantic/Wounded Bird, 1980. Used
CD...$11.99
The famous fusion combo hits the 80s with a mighty sweet sound – a style that adapts some of their older electric modes of the previous years with a slight shift in instrumentation and groove! All the core elements are still very much in place – especially the work on reeds and keys by ... CD

Swiss Movement
Atlantic, 1969. Used
CD...$4.99
The extremely successful union of two of Atlantic's biggest funky jazz stars, caught live in Switzerland, with the amazing Benny Bailey sitting in on trumpet. The tracks are long and funky, and are virtually a blueprint for pop soul jazz playing of the time – mixing slinky rhythms with some ... CD

Giant Steps (with bonus tracks)
Atlantic, 1959. Used
CD...$4.99
A true giant step for John Coltrane – and one of the first albums to really showcase his talent as a writer – and his amazing ability for penning some of the most soulful, spiritual themes in jazz! Apart from the well-known title cut, the record's filled with other Coltrane classics ... CD