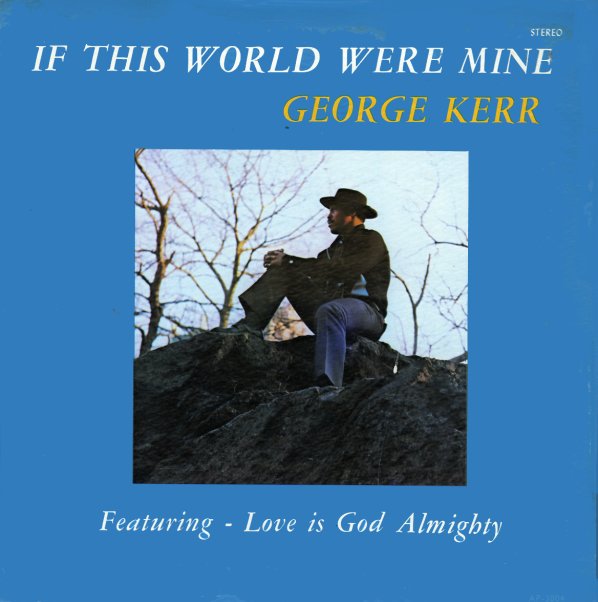 If This World Were Mine

Incredible sweet soul from the legendary George Kerr – a beautiful record that features him as both singer and producer – cut around the same time as his better-known productions for other artists! The album's four tracks are all somewhat long, and have a stretched-out, sophisticated feel that's somewhere between some of Issac Hayes experiments of the time, and some of the more sensuous, laidback Marvin Gaye material of the 70s. Titles include "If This World Were Mine", "Love Is A Hurting Thing", "How Can I Get Away", and "Love Is God Almighty".  © 1996-2021, Dusty Groove, Inc.
(Sealed original pressing!)