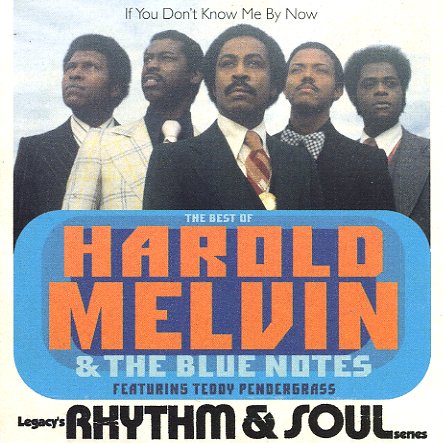 One of our favorite all-time vocal groups – even if they did sell a bazillion records during the 70s! Of course, we have to give the lion's share of the credit to Teddy Pendergrass – whose darkly warm vocals pushed most of the group's tracks over the top, and forever set a new standard for male vocals in soul music. Teddy's singing strong and clear on this 15 track set of hits by the group – a nice batch that includes some of their best mellow material, and more than enough of their strident hits, the sort that still show up day and day again on oldies stations, with no complaints from us! Titles include "The Love I Lost", "If You Don't Know Me By Now", "Yesterday I Had The Blues", "Keep On Lovin You", "Tell The World How I Feel About Cha Baby", "Everybody's Talkin", and the sublime "I Miss You", done in the full 8 minute version.  © 1996-2022, Dusty Groove, Inc.
(Out of print, sticker over barcode.)

I'm In Love Again
Philadelphia International, 1983. Used
CD...$6.99
A seminal album from the great Patti Labelle – a set that allowed the singer to mature strongly and find her own voice away from the funky, rockish style of Labelle – this sophisticated style that marked a whole new level of the singer's career! The Philly International label turned ... CD