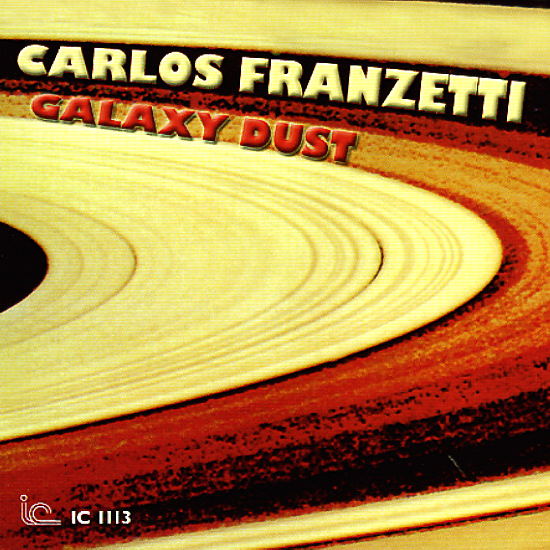 One of the most ambitious albums we've ever seen from Carlos Franzetti – a set that mixes his own keyboard-driven fusion with some surprising larger arrangements! Carlos starts the set out slow – singing a haunting version of the title track – then really takes off with some fully frenetic work on keyboards – including Fender Rhodes, arp, prophet, and other keys – mixed in with a bit of acoustic guitar as well. Added to this are some fuller horns and a bit of strings – scored almost with a soundtrack jazz sort of feel, but never in a way that's too smooth, or which doesn't match Franzetti's efforts on the keys. At times, the feel is definitely in the spacey mode hinted by the title – but other moments are somewhat warmer too. Titles include "Pavane", "Mambo Tango", "Galaxy Dust", "Pandora", and "Gravitational Forces".  © 1996-2021, Dusty Groove, Inc.
(Cover has light wear.)