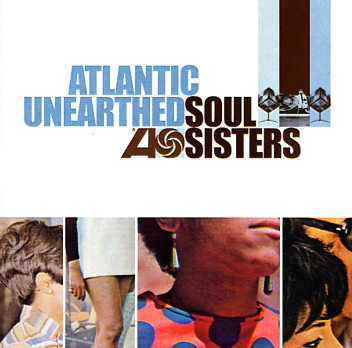 Sublime soul work from the glory days of Atlantic Records – and most of it unfamiliar too! As with the male volume in this great Unearthed series, this female volume is filled with amazing rarities from Atlantic – 5 previously unreleased tunes by some of the label's best female singers, plus another 11 tracks that show that even when they were topping the charts, Atlantic was still dedicated to putting out some great deep soul singles! Compiler David Nathan really did his homework here – not only picking out choice singles and b-sides for the compilation, but also digging up the rare unissued tunes that totally make the set worthwhile, even if you think you've got it all in your record collection! Titles include the previously unissued tracks "I Ain't That Easy To Lose" by Betty Swann, "Rescue Me" by Dee Dee Warwick, "It's Growing" by Margie Joseph, "Count The Days" by Patti Labelle & The Bluebells, and "Ain't Nothing Gonna Change Me" by The Sweet Inspirations – plus the titles "Thankful For What I Got" by Barbara Lewis, "It Ain't Who You Know" by Jackie Moore, "Full Time Woman" by Irma Thomas, "I Got To Love Sombody's Baby" by Judy Clay, "What A Man" by Laura Lee, "My Way" by Aretha Franklin, and "Please Little Angel" by Doris Troy.  © 1996-2022, Dusty Groove, Inc.