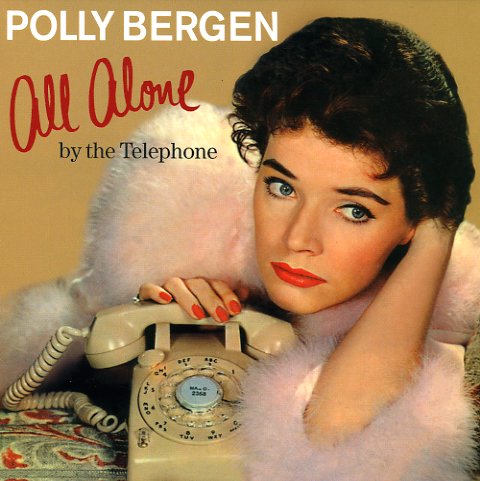 All Alone By The Telephone

A bittersweet set of vocals from Polly Bergen – recorded with a sound that really fits her sad-eyed look on the cover! Although Bergen's voice is sometimes confident and full, it's nicely restrained here – often somewhat dark-toned and moody – in ways that remind us of Morgana King, especially in the way that Polly holds back at just the right moments – keeping things mature by never getting too overly emotive. There's a nice sense of depth to the record that goes way beyond simple pop singing – and Luther Henderson's arrangements further help color the sound of the set – by giving it a sense of unity that almost reminds us of some of Sinatra's best blue-toned late 50s albums for Capitol. Titles include "By Myself", "When The Wind Was Green", "All Alone", "Glad To Be Unhappy", "Too Late Now", "He Didn't Call", and "Not Like Me".  © 1996-2021, Dusty Groove, Inc.
(Mono 6 eye white label promo, with deep groove. Cover has light wear.)