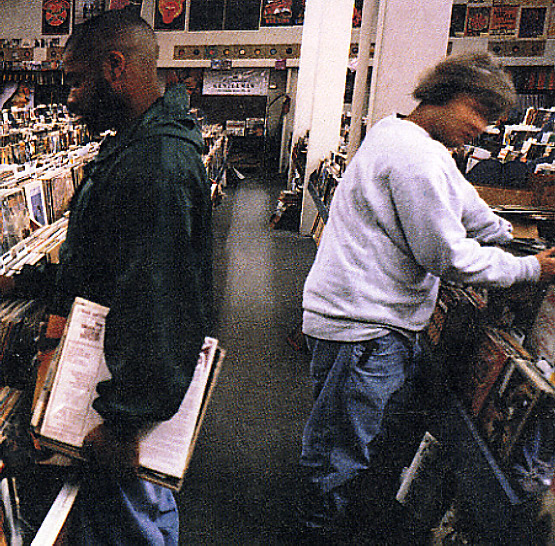 It seems like when this came out, critics, and even DJs liked to drop the term "Trip Hop" whenever possible, and this album was held up as the watershed mark. A few years down the line and it still holds up, but as an instrumental hip hop LP, as much as a rock album (Shadow's gone on to show his true colors with subsequent efforts) or anything else. Cinematic and epic in scope, this LP as much as anything else helped resurrect the career of David Axelrod, though some of us were hip to him all along, but Josh Davis is clearly a fellow traveller in the coloristic approach he uses, that never forgets the funk. Includes "Building Steam With A Grain Of Salt", "The Number Song", "Changeling", "What Does Your Soul Look Like (pts 1 & 4)" and "Midnight In A Perfect World".  © 1996-2021, Dusty Groove, Inc.
(Punch through barcode & promotional stamp on booklet cover.)