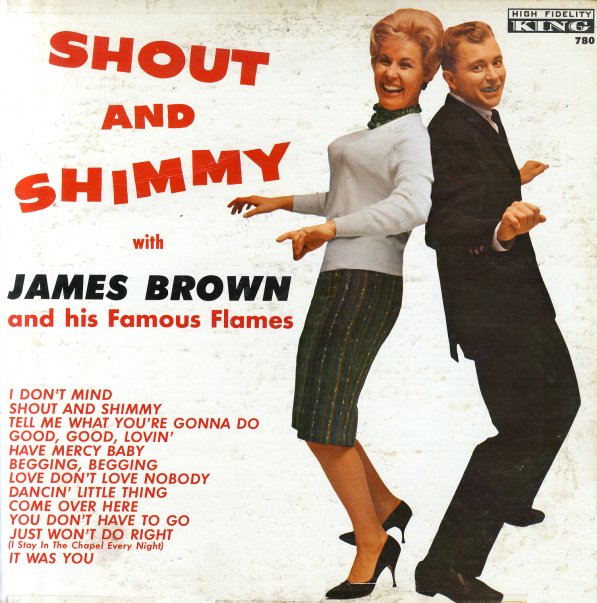 A rare and early release from The Godfather, and one that we never see! Contains twelve sides by a young James experimenting with a variety of styles from doo-wop to blues, including "I Don't Mind", "Have Mercy Baby", "Shout & Shimmy", "Dancing Little Thing", "Good Good Lovin", "Begging Beggin", and "You Don't Have To Go".  © 1996-2021, Dusty Groove, Inc.
(Black label King pressing, titled "Good Good Twistin' With James Brown" on inner label. Cover has light wear, and a bit of seam splitting, but is nice overall.)

Papa's Got A Brand New Bag
King, 1965. Very Good
LP...$19.99 (LP...$18.99)
Here's where things really started getting interesting for James Brown! The album was issued right around the same time as James' single "Out Of Sight" on Smash – and like that track, "Papa's Got A Brand New Bag" was one of the first to use that "instruments on the ... LP, Vinyl record album