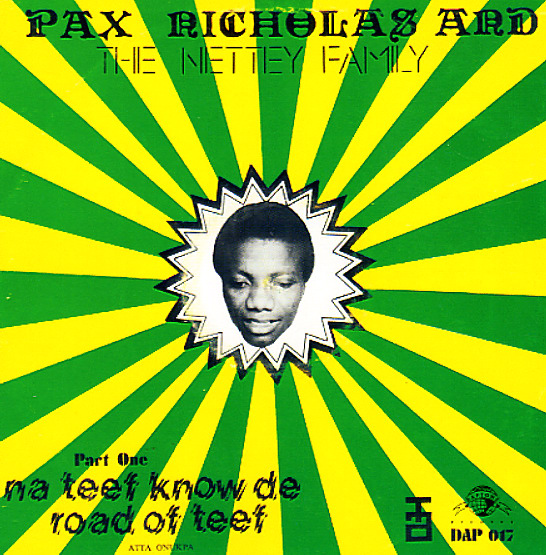 An Afro Funk treasure from the 70s – a rare album recorded by Pax Nicholas, a singer and percussionist who was part of Fela's legendary Africa 70 band! The album's got a sound that definitely echoes that heritage, but with a groove that's pretty weird too – more stripped down than most of Fela's work, with a thin keyboard part that often pulsates under the horns, creating an offbeat, edgey vibe in the music! Nicholas' groove is almost like taking Fela, and putting it through an odd sort of filter – one that turns things slightly sideways, and brings a really fresh sound to more familiar Afro Funk modes – kind of with the same other-worldly feel we love in some Ethiopian work of the time. Tracks are all nice and long – and plenty jamming – and titles include "Na Teef Know De Road Of Teef", "Ataa Onukpa", "Na Six Feet", and "You".  © 1996-2021, Dusty Groove, Inc.