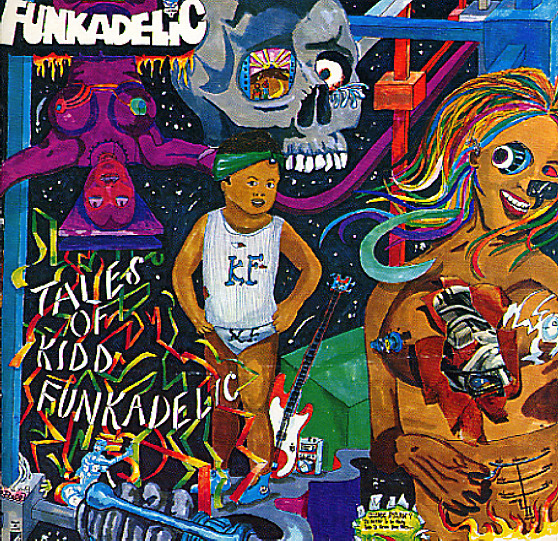 An oft-overlooked gem by Funkadelic – the group's last album for Westbound, and a record that really has them growing into a great new groove! Bootsy and Eddie Hazel have stepped aside for the set, but that gives Bernie Worrell plenty of room to work his magic on keyboards – in a way that really increases the spacier elements of the set, and almost trades a messed-up moogy sort of feel for the heady guitars of earlier years – a slippery kind of Funky Worm groove that we totally love! The set is self-described as "delightfully putrid" on the Pedro Bell cover – and we couldn't agree more! Titles include "Undisco Kidd", "Let's Take It To The People", "How Do Yeaw View You", "Butt-to-Butt Resuscitation" and "Take Your Dead Ass Home!".  © 1996-2021, Dusty Groove, Inc.
(Cover has light wear.)

Live In Concert On Mars
Roxbury, 1976. Sealed
LP...$8.99
The Chambers Brothers may not actually be playing on Mars for this set, but they've definitely got a spaced-out sound – a freaky electric groove that goes even farther than some of their other studio work of the 70s! The set has some of the earthy soulful moments from the group's earliest ... LP, Vinyl record album