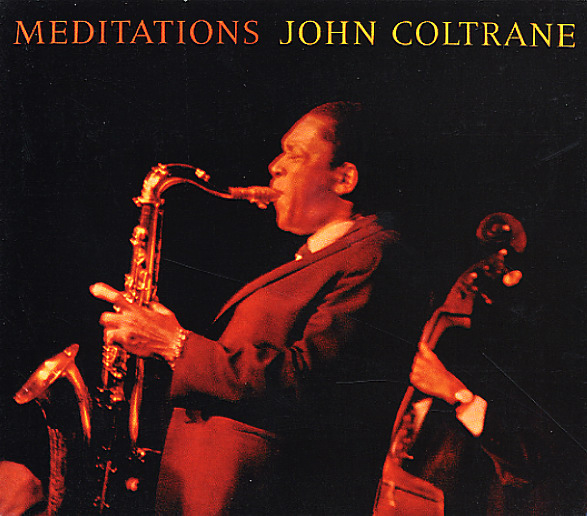 An album that's quite different than you might expect from the title – one of the most adventurous records issued on Impulse during the life of John Coltrane! The tracks here are all quite free and far-reaching – hardly the mellow "meditations you might expect – and more the new unbridled sense of energy that Trane was letting loose in the post-Love Supreme years. The group here features some tremendous tenor from Pharoah Sanders – joining the core lineup of McCoy Tyner on piano, Jimmy Garrison on bass, and Elvin Jones on drums – who himself is inspired to new heights by the addition of Rashied Ali as a second drummer. The work has a searing emotive quality that goes beyond most that Coltrane had recorded before this point – and titles include the classic "The Father The Son & The Holy Ghost", plus "Love", "Consequences", "Serenity", and "Compassion".  © 1996-2023, Dusty Groove, Inc.
(Out of print first pressing.)