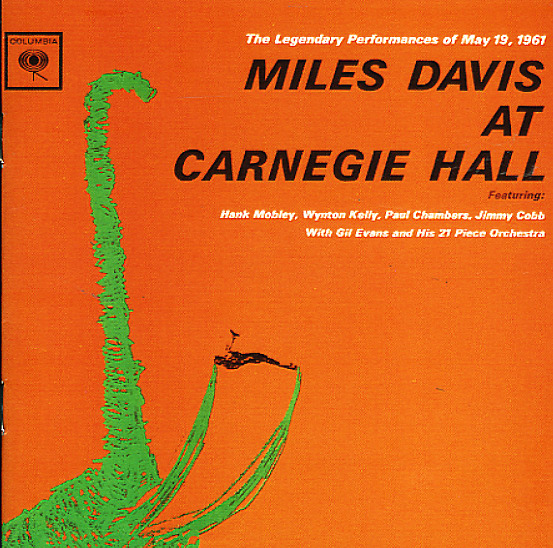 Miles Davis At Carnegie Hall – The Legendary Performance Of May 19, 1961 (Japanese pressing)

Sparkling live work from Miles Davis – and a set that captures both sides of his talents on Columbia at the time! Half the material features a smoking quintet – with Hank Mobley on tenor, Wynton Kelly on piano, Paul Chambers on bass, and Jimmy Cobb on drums – and the other half of the date features a larger orchestra led by Gil Evans – in the modern mode that make the Miles/Evans collaborations sound so great on some of the pair's studio records! Together, the material offers up a beautiful live portrait of Davis' early 60s genius – allowed a bit more space to roam in the live setting, on titles that include "So What", "New Rhumba", "Lament", and "No Blues" – all taken at a bit of a faster clip than in the studio, as Miles was wont to do in a live performance! 8 tracks in all.  © 1996-2022, Dusty Groove, Inc.
(Out of print, early 90s Japanese pressing.)