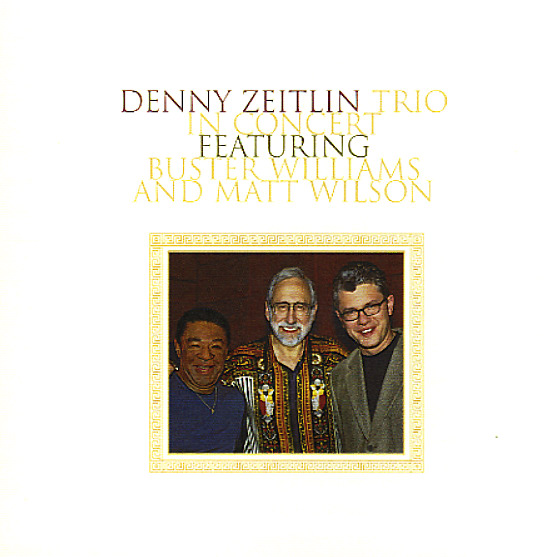 Contemporary magic from Denny Zeitlin – a recent album by the pianist we first grew to love for his work in the 60s! Zeitlin's music here every bit as thoughtful as in years past – complex lines on the piano, but always with a sense of swing – and a good dose of lyrical energy that keeps Denny away from some of the too-cold styles of other modernists of his generation. Zeitlin has a way of thinking outside the box, but keeping the groove inside – and he gets some great help in this respect from Matt Wilson on drums and Buster Williams on bass, the latter of whose round tones really shape the set. Titles include "All Of You", "Prime Times", "Bass Prelude", "The We Of Us", "Mr PC", "The Night Has 1000 Eyes/10000 Eyes", and "Signs & Wonders".  © 1996-2022, Dusty Groove, Inc.
(Punch through barcode.)

As Long As There's Music (Japanese paper sleeve edition)
Venus (Japan), 1997. Used
CD...$19.99
Beautiful sounds from pianist Denny Zeitlin – one of those players who often gets overlooked, but who's made some incredibly expressive music over the years! The album's got a sparkle that really takes us back to Denny's 60s sides for Columbia, but it's also got a slightly more mature ... CD