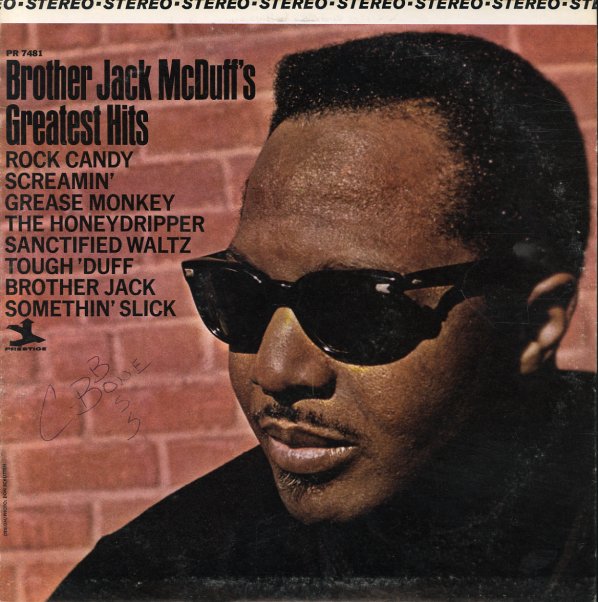 Excellent stuff – a mid 60s collection of some of Jack's earlier work for Prestige, with a focus on the kind of jukebox-busting tracks that made him a legend right out of the box! Tracks are lean, mean, and with the kind of gutbucket organ groove that made Jack one of the best of the 60s Hammond generation – and titles include "Brother Jack", "Somethin Slick", "Grease Monkey", "Screamin", "Sanctified Waltz", and "Tough Duff".  © 1996-2021, Dusty Groove, Inc.
(Blue trident label pressing with Van Gelder stamp. Cover has some splitting on the spine, light surface wear, and light aging.)