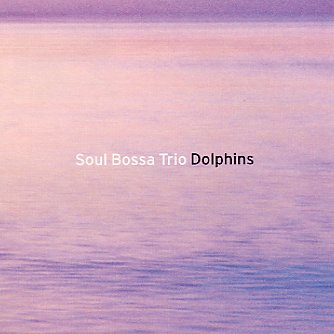 This Japanese group have certainly grown up a lot – and this beautiful album is their most mature in years! The combo is fronted by singer Ann Sally – whose English language vocals add a tremendous amount of sophistication to the record – snaking forth in a cool jazzy style that goes way past the easy bossa remake mode of earlier albums. Sally's voice is incredible, and it's mixed with a well-constructed set of backings by the group, music that is especially heavy in its use of Fender Rhodes! The track list is great, too – with wonderful remakes of Fred Neil's "The Dolphins", Flora Purim's "Light As A Feather", Herbie Hancock's "Dolphin Dance", and Coltrane's "Naima". Sweet, mellow, jazzy, and wonderfully rich – the group's best album in years!  © 1996-2021, Dusty Groove, Inc.
(Out of print, includes obi.)

Taste of Soul Bossa
Victor (Japan), 1993. Used
CD...$11.99
First LP by this great Japanese group that mixes together jazz funk, acid jazz, and hard bossa sounds. Perhaps the purest of the Japanese groups to come out of the scene in the early 90's, with a tight stripped down jazzy feel that won them a lot of fame on both sides of the Pacific. Good tight ... CD

Songs & Melodies
Geneon (Japan), 2004. Used
CD...$13.99
Soul Bossa Trio continue the deepening trend they started with their excellent Dolphins album – moving into much more soulful territory than before, and showing that they're one of the most sophisticated groups from the Japanese scene! As with Dolphins, Soul Bossa Trio work here with some ... CD