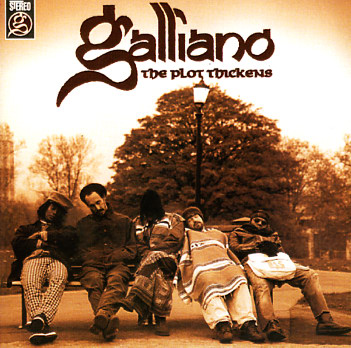 Probably the biggest album ever from Galliano – the London funky combo fronted by the vocals of modern jazz poet Rob Gallagher! The record nicely gets past some of the cliches that were starting to creep into Galliano's work – and opens up the bottom end of their groove a bit more with some earthier instrumentation and funkier rhythms that show that the combo wasn't just a showplace for Ghallagher's vocals, and could groove in a way that was every bit as nice as some of their best contemporaries on the Talkin Loud label. Titles include the group's surprisingly nice remake of "Long Time Gone", plus "Was This The Time", "Blood Lines", "Rise & Fall", "Twyford Down", "Down In The Galley", "Cold Wind", "Believe", "Little One", and "Better All The Time".  © 1996-2021, Dusty Groove, Inc.
(Out of print, punch through barcode.)