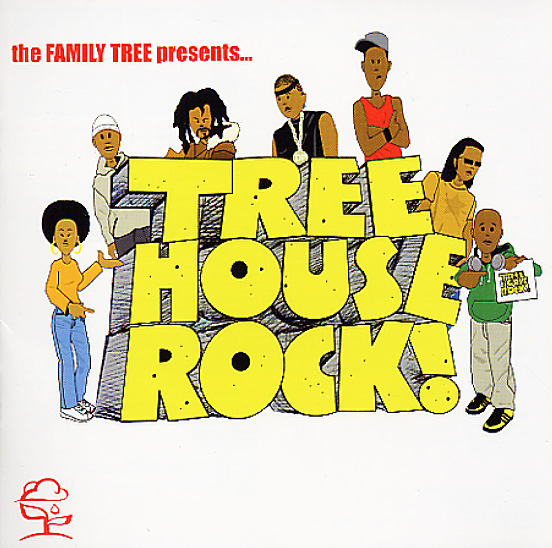 Nice!!! This is the tightest full length effort yet by the extended Family Tree collective. Tone B Nimble, Capital D, Iomos Marad, Greenweedz, Rita J, Daily Plannet and the rest have reined in their sound for this one – a very strong set of classically-trained hip hop that should take another step towards establishing Chicago as a vital breeding ground for thoughtful, collaborative hip hop. Like recent work by J Live, J Sands, Lone Catalysts, Little Brother and other natural hip hop crews the Family Tree keep their feet firmly-planted in the roots – crisp samples, loose tongues, and innovative rhymes. The nod to School House Rock is appropriate – the Fam aims to entertain and enlighten – just as the landmark cartoon did, and if they manage to teach some people how strong the Chicago hip hop scene can be, we couldn't be any happier! Tracks include "Spit It", "I Am", "Blow The Spot", "Motive", "Virgo", "Rocks For You", "Move", "Horse", "Flow", "Push, Move, Build", "Save It", and more.  © 1996-2020, Dusty Groove, Inc.
(Still sealed.)