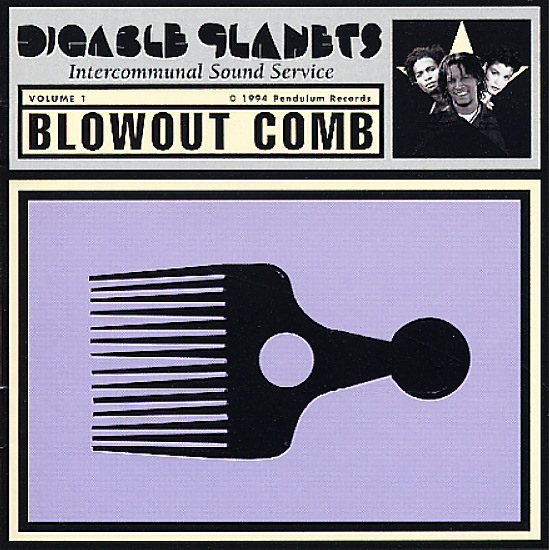 A lasting classic from Digable Planets, and a record that really helped push the bar forward for hip hop at the time – at a level that's still kept this one strong all these many years later! Digable Planets weren't the first group to bring in some influence from jazz to their work – but they definitely found the right balance here, and a way of setting things up that was real and organic, instead of maybe just a nodding reference to the past that always felt a bit out of place. The use of live instrumentation next to samples is also key to the record's sound – common now, but pretty important at the time, especially in a world of declining sample access. The trio of Butterfly, Ladybug, and Doodlebug have a wonderful way of tripping through the lyrics – and titles include "The May 4th Movement Starring Doodlebug", "Black Ego", "Dog It", "Jettin", "Borough Check", "Highing Fly", "Dial 7", "The Art Of Easing", "KBs Alley", "Graffiti", "Blowing Down", "9th Wonder", and "For Corners".  © 1996-2023, Dusty Groove, Inc.
(Columbia House pressing.)

Reachin' (A New Refutation Of Time & Space)
Pendulum/Elektra, 1993. Used
CD...$4.99 (LP...$99.99)
A jazz-inspired hip hop uberclassic! While Digable Planets might not have pioneered the jazzy hip hop vibe – we might nod to the Native Tongues scene and DJ Premier's productions in the late 80s for that – Digables set a new standard with breezy but head nodding production and mellow, ... CD