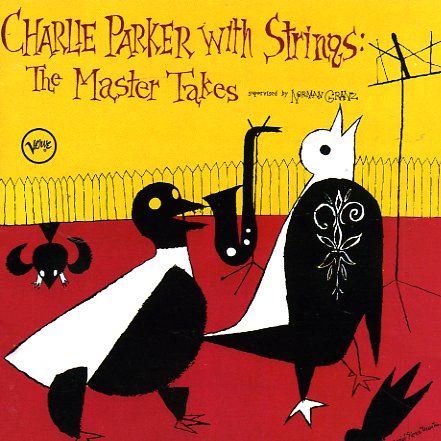 The genius of Bird and strings is hard to describe – an edgey approach that really goes far past most other "jazz with strings" projects, not a ballad-driven one, but a tensely strained one that brings out some of Parker's best soloing, almost in a moody soundtrack-type way. The tracks are a lot freer and less bop-driven than some of Bird's normal work, and it's incredible to hear him soloing with such complexity – even more proof of the genius he clearly exhibited in relation to his contemporaries.  © 1996-2021, Dusty Groove, Inc.