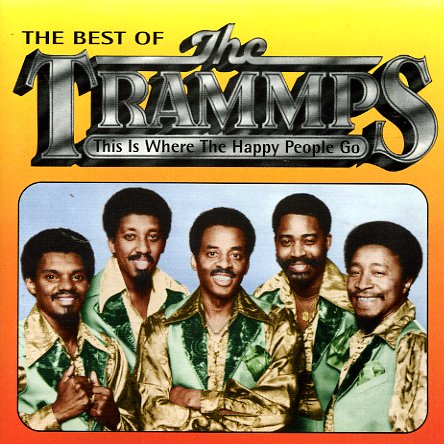 The Trammps will forever be blamed for the disco explosion of the late 70s – and for all the crimes that were perpetrated in the wake of Saturday Night Fever – but trust us, you've got to give them one more chance! The group's a lot better than you'll remember – if all you can remember is "Disco Inferno" – and in a way, they were the ultimate realization of that east coast "harmony group gone uptempo" sound that pushed out of the underground to the mainstream during the mid 70s. This set's got a total of 18 cuts, nearly all of which are produced to Philly perfection by the team of Norman Harris, Ronnie Baker, and Earl Young. Titles include "Love Epidemic", "Zing Went The Strings Of My Heart", "Where Do We Go From Here", "Hooked For Life", "Trammps Disco Theme", "Ninety Nine & A Half", "Seasons For Girls", "Disco Party", "That's Where The Happy People Go", "Soul Searchin Time", and of course, "Disco Inferno".  © 1996-2021, Dusty Groove, Inc.

King Curtis Live At Fillmore West
Atlantic (UK), 1971. Used
CD...$7.99 (LP...$24.99)
The King Curtis combo in all of its glory – really grooving hard here in a set of instrumental performances recorded at the same time as Aretha Franklin's famous live date at the Fillmore West! King backed Aretha up on her own record from Fillmore, but this set features all the instrumental ... CD