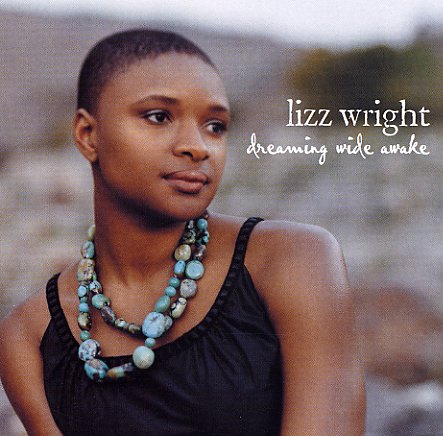 The second outing from vocalist Lizz Wright – done in the same sweetly folksy style as her debut, but in a way that seems to have even more of a focus overall. The backing on the set is especially nice – mostly just spare keyboards, bass, and drums, plus some great work on acoustic guitar by Chris Bruce – and titles include versions of "A Taste Of Honey", "Stop", "Old Man", "Wake Up Little Sparrow", and "I'm Confessin" – plus the originals "Hit The Ground", "Trouble", and "Dreaming Wide Awake".  © 1996-2022, Dusty Groove, Inc.
(Out of print. Booklet cover has an inscription in marker.)

Salt
Verve, 2003. Used
CD...$2.99
A sweet young jazz singer – steeped in the traditions of Dee Dee Bridgewater and Dianne Reeves, striking out on her own in a really solid debut album! The set's got a warm, jazzy feel – lots of keyboards and piano in the backings, but done in a way that lifts up the voice of Lizz on a ... CD