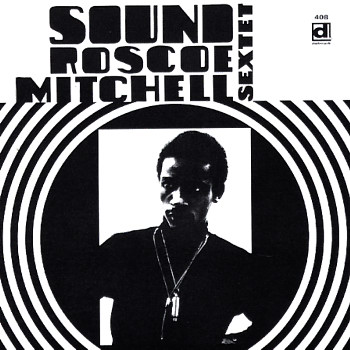 One of the first bold statements to come from Chicago's AACM underground of the 60s – a tremendous debut effort from the young Roscoe Mitchell! The album's got a "sense of the new" feel that's as gripping as anything recorded by ESP or Impulse around the same time – a rule-breaking, freely-creative approach to jazz that builds strongly off the changes already wrought by Cecil Taylor, Ornette Coleman, and Archie Shepp! The format is somewhat like the Art Ensemble Of Chicago at times – with measured horn work from Mitchell on alto, clarinet, and recorder, Maurice McIntyre on tenor, Lester Bowie on trumpet and flugelhorn, and Lester Lashley on trombone (as well as a bit of cello). Some tracks – like the brilliant "Sound" – offer a slow-building exploration of tones and textures – while others, like the blues-joke "Little Suite", or the harmelodic "Ornette", show a wry sense of humor that would become a Chicago avant hallmark as the years went on! CD also features bonus alternate takes of "Sound" and "Ornette".  © 1996-2020, Dusty Groove, Inc.
(Barcode has a cuotut hole.)