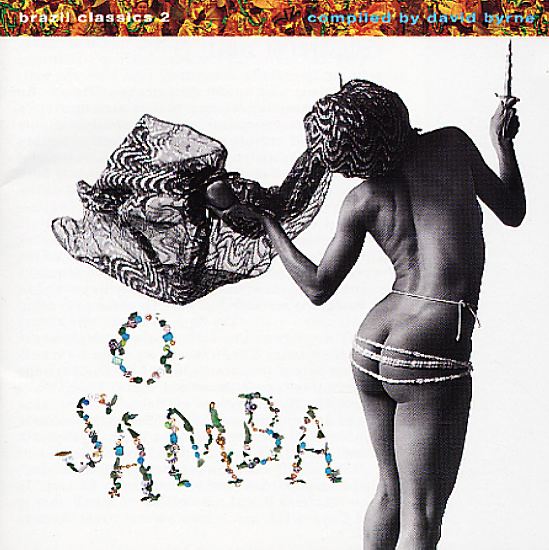 A lively collection of classic samba material – featuring some really nice gems from the revivalist era of the early and mid 70s. As with all Luaka Bop compilations, the liner notes are great, and provide a strong introduction to the music. There's a total of 15 cuts in all – including "SPC" by Zeca Pagodinho, "Sufoco" by Alcione, "E Preciso Muito Amor" by Chica Da Silva, "Caxambu" by Almir Guineto, "Claustrofobia" by Marinho Da Vila, "A Deusa Dos Orixa" by Clara Nunes, and "Formosa" by Ciro Monteiro.  © 1996-2021, Dusty Groove, Inc.
(Out of print.)

Everything Is Possible! – The Best Of Os Mutantes
Luaka Bop, Late 60s/Early 70s. Used
CD...$4.99
Although there's been a few "best of" collections out already by this legendary Brazilian rock group – this volume still stands as the most nicely-selected batch of tracks, and it comes complete with great liner notes that help you really navigate and understand their music. There's ... CD

Vinicius Canta Antonio Carlos Jobim
Sunnyside, 2015. Used
CD...$6.99
A truly beautiful tribute to the classic songcraft of Antonio Carlos Jobim – done with warmth, reverence and soul-stirring voice and guitar by Vinicius Cantuaria! The Tom Jobim songbook is timeless, of course, so it shouldn't come as a surprise that one of the finer Brazilian voices of a ... CD