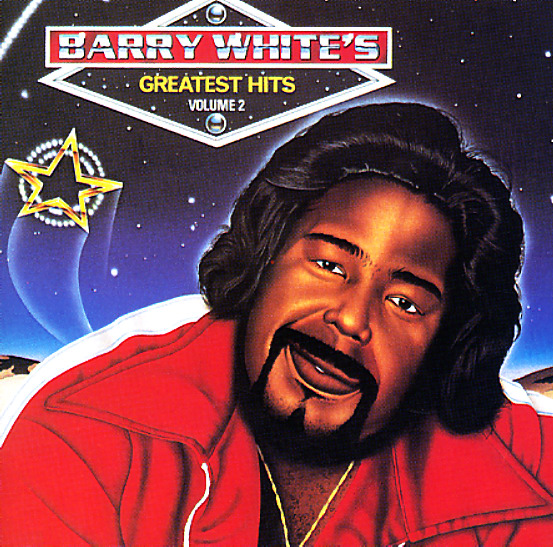 Barry's going strong on this second set of greatest hits numbers – changing the style from his earlier work a bit, but still going for that smooth funky sound we love so much! Includes the classic "It's Ecstasy When You Lay Down Next To Me" in a 7 minute version – plus the tracks "Let the Music Play", "Your Sweetness Is My Weakness", "How Did You Know It Was Me", and "I'm Qualified To Satisfy You".  © 1996-2021, Dusty Groove, Inc.
(Out of print.)

Man Is Back!
A&M, 1989. Used
CD...$4.99
The title's got it right – because the Man is definitely back, although in a completely different way than before! Barry White works here in a setting that's nice and lean – those soul changes that came about during them more electric 80s years, but also given that start-of-90s spin ... CD

Rhapsody In White
20th Century, 1973. Used
CD...$9.99
A beautiful swirling instrumental album that features the classic "Love's Theme", the cut that made Barry a multi-millionaire, and which firmly established his sophisticated orchestral soul style as one of the trademarks of the 70s! This is the ultimate in 70s soul class – from the ... CD