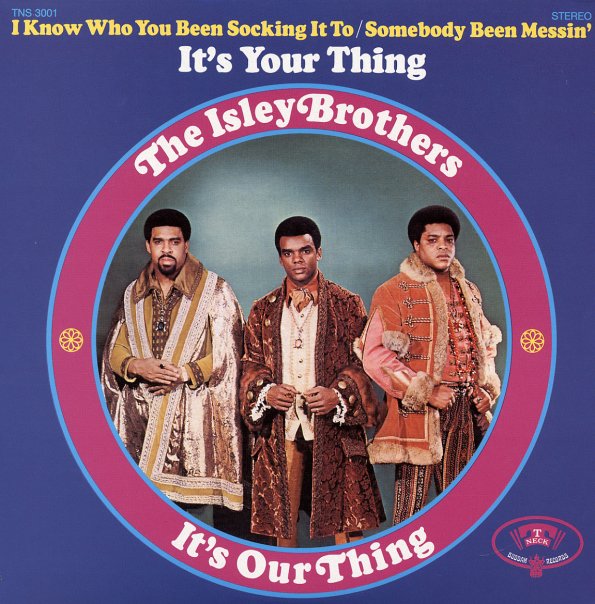 A stone classic from the Isleys – the album that kicked off their successful T-Neck label, and established that mighty Isleys sound that would have such a huge influence in the 70s! The title cut of the set – "It's Your Thing" – is a well-known classic that really sets the tone for the rest of the record – mixing guitar and chunky rhythms into a righteous funky style of soul that was miles away from the Brothers' earlier work on Motown and RCA. And believe it or not, the rest of the record's even better than the title cut – filled with sinister, sexy numbers that bristle with energy that's still heard best here at the point of its creation! Other gems include "Give the Women What They Want", "He's Got Your Love", "I Know Who You Been Socking It To", "Don't Give It Away", "He's Got Your Love", "Save Me", "Feel Like The World", and "Somebody Been Messin". Ultra heavy stuff!  © 1996-2022, Dusty Groove, Inc.
(Features new liner notes too!)