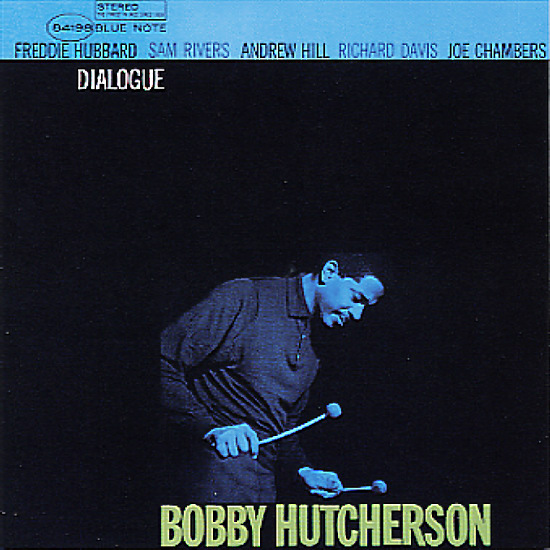 One of Bobby Hutcherson's most important albums ever – and an essential piece of "new thing" jazz that ranks up there with such key Blue note sessions of the genre as Tony Williams' album Life Time, Dolphy's Out To Lunch, and Jackie McLean's One Step Beyond! Hutcherson's sound on the vibes is amazing – metallic, yet melodic – in a sublime blend of the modern and the soulful, all wrapped up in tones and colors that few other players have ever managed to get from the instrument! All the other players on the session really rise to the occasion too – and the album features tremendous work from Sam Rivers, Freddie Hubbard, Andrew Hill, and Joe Chambers. Titles include "Ghetto Lights", "Catta", and "Idle While". CD also features the bonus track "Jasper" – not on the original LP!  © 1996-2021, Dusty Groove, Inc.
(Out of print. Spine has a thin cutout notch.)

Natural Illusions (Applause version)
Blue Note/Applause, 1972. Used
CD...$9.99
Vibes and orchestrations – a combination that makes for one of the coolest Bobby Hutcherson albums of the 70s – a really magical set that expands the sound of Bobby's work in ways we wouldn't have expected! The style is similar to that used with Grant Green and Lou Donaldson at the ... CD

Samba De Maracatu
Blue Note, 2021. Used
CD...$9.99 (CD...$13.99)
The great drummer Joe Chambers is one of the few Blue Note greats from the 60s who's still making groundbreaking records for the label – and although we don't hear from him often, each new record from Joe continues to be a delight! This set features Chambers not just on drums, but also vibes ... CD